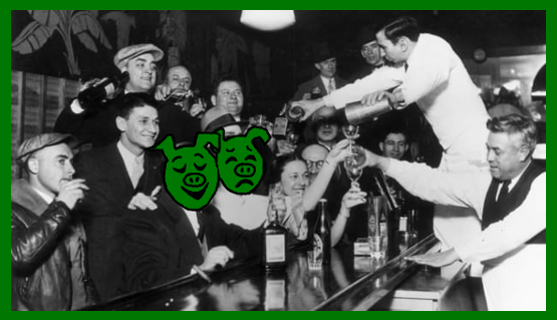 Welcome to the Roaring ’20’s. Duke Frederick has usurped his brother, Duke Senior. He and his gang have taken over the Duchy and he’s opened the Speakeasy, a place with few rules, lots of illicit liquor, music and dancing. Wrestling matches and other spectacles are part of the entertainment. Duke Senior, meanwhile, has escaped with a few of his loyal supporters and lives in the Forest of Arden where he can hide from Duke Frederick. Duke Senior has set up his own still operation and makes moonshine for the local inhabitants, an offbeat group of yokels going about their business. Rosalind is Duke Senior’s daughter, best friend to Celia, Duke Frederick’s daughter. She’s still at the Speakeasy but she falls out of favour with Duke Frederick because she is taken with Orlando, the son of Sir Rowland de Boys, who was banished along with Duke Senior. She’s exiled under pain of death. Along with Celia, Rosalind flees to the Forest of Arden. They bring along the court fool, Touchstone. Orlando is also forced to flee for his life after he defeats Duke Frederick’s champion in a wrestling match. In order to protect herself, Rosalind disguises herself as a young man, Ganymede. While in disguise as Ganymede, Rosalind meets up with Orlando but can’t reveal her identity to him. Mayhem, confusion and mistaken identity ensue, but all is well in the end as everything is resolved and order is restored.

When are the Auditions?
Saturday, March 12, 2022 – 12pm to 5pm
Sunday, March 13, 2022 – 12pm to 4pm
*Actors who are concerned about in-person auditions may contact the director for a Zoom appointment.
Callbacks by invitation, Date TBA

Where are the Auditions?
Maple Ridge Leisure Centre
11925 Haney Place, Maple Ridge, BC V2X 6G2
Covid Protocols remain in place at this time.

If you require additional information please contact the Director, Simon Challenger, at schallenger@shaw.ca.